Since 2018, NORQAIN has been shaking up the watch industry. But what makes this newcomer brand so special? And where does the unusual name come from? In this article you will learn everything about the watch brand NORQAIN. Have fun!

Watches with a mountaineering DNA

The logo with the two mountain peaks, which also make two opposing letters ‘N’, is omnipresent. On the watches of the Swiss manufacturer, which has only existed since 2018, it can be found on every corner. But it’s not just the mountain peaks that betray NORQAIN’s Swiss origins and make the watches unmistakable. NORQAIN stands for exclusive timepieces with automatic movements that are made to accompany their wearer out into nature.

With a functional, sporty and robust design, they seem to be made for it. It is not for nothing that NORQAIN itself speaks of its “mountaineering DNA”. With that, the watches even seem to rebel against the establishment of the watch industry. Is this what has catapulted the brand from zero to one hundred in the past two years and made it so successful? In any case, there is nothing like it in the Swiss watch world.

A family tradition lays the foundation

And yet NORQAIN has the Swiss watchmaking genes. Because what many people don’t know is that although NORQAIN has only existed in this form for a short time, there is a family tradition behind the company. As NORQAIN itself states, the founders come from Tavannes in the Bernese Jura. Here, in the heart of the Swiss watch world, the family has been making watches for more than four decades. So the know-how and the basis are there. This also makes it clear that the slogan “Swiss made” is not just a phrase or marketing policy, but is lived.

The company, which was newly founded in 2018, is now entering the international stage for the first time and is no longer overshadowed by the illustrious names of large manufacturers. The official step to found NORQAIN is achieved by the current CEO Ben Küffer.

However, as he knows that old family tradition alone is not enough to survive in the watch industry, he brings Ted Schneider into the team. Schneider is a member of the family that already owned Breitling. This adds a great deal of know-how to the still young company. The sporting touch comes from co-founder Mark Streit. The Swiss ice hockey icon knows exactly what athletes demand from their equipment. Both Schneider and Streit are members of the board of directors, whose president is also a family member. According to NORQAIN, Marc Küffer has more than 45 years of experience as chairman of the board and owner of manufacturers of Swiss luxury watches. He can thus look back on a closely interwoven network of partners, suppliers and customers.

Independence – a core value of NORQAIN

All four are important building blocks in the NORQAIN company and have played their part in making the watch manufacturer what it is today in just over two years. The newcomer brand chose the town of Nidau, also in the canton of Bern, as its headquarters. There is no parent company in whose portfolio NORQAIN would be one of many brands. Decisions are therefore not made from the top down, but from within the company. Independence from large corporations is a decisive factor in forming a separate identity and making the decisions that are best for the brand – and not for the shareholders.

NORQAIN – the name says it all

But it is not only the knowledge and the connections of these people that were and are important for the success in the first run-up. In order to avoid being just one brand among many and drowning in the flood of new microbrands being founded every day, another ingredient is needed in addition to quality: a good idea. And at NORQAIN, this is already anchored in the name.

In order to emphasize sportiness, a penchant for adventure and challenge, Swiss quality and independence, and to develop a brand DNA, the founders have found an original method. It starts with the seven essential characteristics that should define the brand. These are the following:

6. i: INDEPENDENT – brave to follow your own path and independent of a large corporation

7. part of a NICHE – against the mainstream

The artificial word formed from the first letters of the characteristics results in NORQAIN. The name is original and stands out among the many family names.

READ MORE:  All about Mühle-Glashütte

The watches are dedicated to these values. NORQAIN currently has three model series in its program. All watches are built with mechanical movements, which is a rarity even for a Swiss watch brand today. The watches continue to be manufactured in Tavannes, the place of origin of the founding family. When it comes to movements, NORQAIN relies both on purchased calibers such as those from ETA or Sellita, but also rebuilds them for use and even produces its own manufacture calibers, which are particularly prized by watch enthusiasts. According to NORQAIN itself, all movements are tested several days for “functionality, precision and robustness,” as the company puts it.

Since February 2020, the movement manufacturer Kenissi has been building exclusive manufacture calibers that can be found in all three NORQAIN collections, but especially in the chronographs. The custom-made calibers perfectly match the requirements of NORQAIN watches and raise the quality to a whole new level.

Leading the way through individuality and personalization

The design is original and incorporates the company values as well. At the same time, the Swiss company places great emphasis on individuality – a factor that is more important than ever today. This is well visible, for example, in the model NORQAIN Freedom 60 Chrono that I was allowed to test in the past time. A characteristic feature of every wristwatch nowadays is the so-called “NORQAIN Plate”, which the customer can engrave according to his own wishes. The result: a personalized wristwatch that represents a priceless sentimental value for its owner. The rotor, which is visible behind the glazed case back of every NORQAIN watch can also be engraved with selectable inscriptions. These “special requests”, which can be implemented by the customer, are so far hardly common among watch manufacturers and set NORQAIN apart.

But that’s not all! The configurator on the homepage of the Swiss brand vividly offers countless possibilities to change the materials of bracelets or the colors of dials according to one’s own wishes. The customer does not receive a pre-set product, but is allowed to help decide what he wants to wear and what not.

NORQAIN divides its product segment into three different collections: Adventure, Freedom and Independence. The Adventure models are certainly the sportiest and most functional among them. Those who like it more chic and elegant opt for a Freedom. And anyone who think they don’t fit watches, nor do any watches fit them, will be proven wrong by the Independence collection. It makes exactly those people happy who have rough edges and want to wear something different.

What unites the models nevertheless: a robust case made of precious metal, which is water resistant to a depth of 100 meters. A mechanical movement made in Switzerland. And in addition, several personalization options, different bracelets and much more.

NORQAIN recognizes how important brand ambassadors are today. People with characters are more valuable to any company than other advertising. They take their fans and followers through their lives and authentically show their products. NORQAIN mainly works with selected athletes from all fields. The most famous among them is certainly ski racer Felix Neureuther. The German embodies speed, dynamics, adventure and the mountains and should therefore be made for the company. My tip: click through the various brand ambassadors on the NORQAIN homepage! You will know many of them!

NORQAIN watches stand for sportiness and independence, but also for quality and a lot of attention to detail. Prices in the low to mid four-figure range reveal that NORQAIN is best placed in the upper premium segment. Qualitatively, however, they are in no way inferior to the “luxury watches”. The watches are likely to be of particular interest to younger people who like to be outdoors, appreciate sportiness and have perhaps had little to do with the established watch brands up to now. But also every older watch lover will enjoy the qualitatively very good Swiss timepieces.

Where do I buy my NORQAIN watch?

First of all, I would like to recommend the NORQAIN online store. The website offers easy to understand and descriptive configuration options. Here you can quickly get an impression of how your new wristwatch will look later on.

Those who prefer a classic look can still rely on the well-developed dealer network. NORQAIN has existing partnerships with dealers and jewelers such as Bucherer, Wempe, Kirchhofer, Tourneau, Westime, Watches of Switzerland, Seddiqi, Ishida, Kamine, Oomiya, Wing and others. So there are many ways to acquire a NORQAIN. 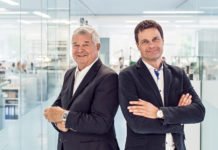 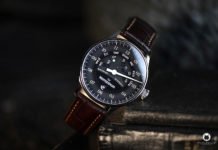 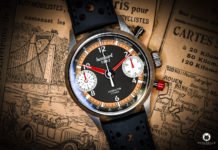