The G-SHOCK x SUPER MARIO BROS DW-5600SMB-4ER was created in cooperation with the Japanese manufacturer Nintendo. So Super Mario now has an official watch. Visually inspired by the colorful video game design of the 80s, inside is the concentrated G-SHOCK power. Sales are scheduled to start on November 8. I was allowed to test the watch exclusively.

The anniversary year of G-SHOCK has and will still have some surprises in store. That we get after extraordinary watches like the G-SHOCK Flare Red GWG-2040FR1AER or the MTG-B3000FR-1AER but something like this, probably few would have expected. And yet, it is somehow obvious that such a collaboration had to happen for the 40th anniversary. G-SHOCK, the core brand of the Japanese manufacturer Casio, allies itself with Super Mario, probably the most famous video game character in the world, invented by the also Japanese manufacturer Nintendo. His birth is dated in 1985. This makes it only two years younger than the edgy digital watches.

A surprising number of parallels can be found between G-SHOCK and Super Mario. Both are not only the products of Japanese tech giants. Over the past 30 to 40 years, entire generations have grown up with them and been shaped by them. Both brands have set trends and helped define the zeitgeist and culture of the last decades. So it’s clear that when G-SHOCK and Super Mario join forces, it’s about more than just watches and video games.

Specifically, the watch with the official reference number DW-5600SMB-4ER deals with the first game that started it all. Super Mario Bros made its home console debut on the NES in 1985. So the colorful digital watch has nothing to do with the movie of the same name, which will be released in 2023. The anniversary clock is therefore primarily aimed at fans of the first hour. Of course, the Casio G-SHOCK DW-5600SMB-4ER does not have an age restriction. Basically, the special model is based on the already known entry-level watch DW-5600.

Casio has by no means spared with allusions and references to the pixelated design of the time. This is already clear on the packaging, which has real collector’s value. Like the case, the packaging and box are included in the signal color red, the color of Super Mario. Then take the logo of the franchise, graphics of the display. On the lid, the pixel font, Mario’s distinctive “here we go!” and the perfect presentation is ready. Unboxing it made me personally realize again how many identifying features Nintendo’s most famous video game character has established in our pop culture.

For my watch review, a pre-production model was used. I also received a red G-SHOCK logo in the box. I doubt that this will be available as standard from the sales launch.

It’s clear from the first time you put it on: the Super Mario Bros x G-SHOCK DW-5600SMB-4ER is a watch that doesn’t take itself too seriously and is primarily meant to be fun. That’s where the next parallel to the video game would be drawn. A serious advice, to which outfit you should combine this watch best, is therefore superfluous. Do what you want and what you enjoy with this watch! In this respect, the Super Mario Bros x G-SHOCK DW-5600SMB-4ER differs from pretty much all the watches I’ve tested so far.

What definitely has to be praised, however, is the feather-light feel. The digital watch weighs just 53 grams. In everyday life, you can hardly feel the watch. The dimensions, which are downright small by Casio standards, also contribute to this. The width of the case is 42.80 millimeters. Between the lugs, it’s just 48.9 millimeters. Considering that the typical G-SHOCK usually turns out a bit chunkier and is meant to be worn that way, the message is clear. This watch is made for every wrist. Give it to your wife, your husband or your (teenage) kids! You don’t have to worry about accuracy of fit. The only requirement: you should have a fondness for Super Mario.

Solid throughout: the case

It’s something like a little journey through time, on which the G-SHOCK x SUPER MARIO BROS DW-5600SMB-4ER arrives at the origins of the first G-SHOCK. In the past, timepieces were fondly referred to as ‘plastic watches’. To be precise, the DW-5600SMB-4ER is also one of them. Its red case is made of resin, a synthetic material. The light and robust material encloses the internal module and protects it from external influences. The case back, on the other hand, is made of stainless steel.

No, you won’t find high-tech materials like carbon or titanium here. In this price range (which I’ll discuss in more detail at the end), you can’t expect outstanding watchmaking excellence. The main target group shouldn’t care anyway. The design is detailed and – very important – the watch can withstand a lot. Especially during sports activities, you can leave the G-SHOCK x SUPER MARIO BROS DW-5600SMB-4ER on your wrist without hesitation. This is the watch Mario would wear on his adventures!

And if a Mario Kart track (different game, whatever) ever gets moved to an underwater world, that’s no problem either. Casio certifies its watch as water resistant up to a pressure of 20 bar. On the front, the digital display is protected by mineral glass.

On the caseback of the 40th anniversary models, you used to regularly find the specially designed lettering. Instead, Casio has given the DW-5600SMB-4ER its own laser engraving. Fans will recognize a falling Mario on the left and a Koopa on the right. Very charming!

The watch with its functions is powered by a CR2016 battery. Unlike many other models now, it lacks a solar-powered drive. Of course, I would have liked to have the Casio Tough Solar System. So the battery has to be replaced after about 2 years. On the other hand, this is a way to push the selling price – understandable in that respect.

The battery supplies some important functions with energy. For example, there is a countdown timer, an automatic calendar, stop functions, and a 12- and 24-hour display. One thing is true for all functions: Smartphones have to stay outside. A Bluetooth connection is missing here, but I didn’t miss it in everyday use. The G-SHOCK x SUPER MARIO BROS DW-5600SMB-4ER is not a toolwatch that you want to test for performance every day. One rather enjoys its appearance and the resulting nostalgic feelings.

Dial and wristband in detail

What I always enjoyed doing during the test period was regularly activating the illuminator. When you do this, a Mario appears on the LCD and jumps onto the Koopa Troopa, which in turn is printed on the display – a clever design element. Also on the front, many more of these elements are reminiscent of situations from Super Mario Bros. The bright blue is inspired by the Overworld, the golden lettering on the bezel by the coins that you have to collect as a player. As a fan, you immediately understand the allusion and are happy every time you discover another one.

Finally, we come to the wristband, which is made of resin like the case and unsurprisingly has the same good qualities. You hardly have to clean it and it simply doesn’t age, as is the case with other materials. The highlight at this point, however, are the numerous Mario figures printed on it. At first glance, you think of a camouflage pattern. Only upon closer inspection do the figures built from pixels become clear. The strap is worn with a pin buckle.

The G-SHOCK x SUPER MARIO BROS DW-5600SMB-4ER is the watch for everyone, provided they can relate to the world of Super Mario. Casio and Nintendo have played to their respective strengths with their collaboration and launched a wristwatch that couldn’t be more iconic. So few people care that the G-SHOCK DW-5600SMB-4ER is not a masterpiece on the technical side and that the watch as such does not set any new accents.

Fans of the Italian-Japanese plumber can care less about that anyway. For them, the watch is a must-have that you may not wear every day, but simply like and are proud to add to your collection. Praiseworthy are the many small details that allude to the first Super Mario Bros. Mario is omnipresent in the design of this watch.

In terms of price, the G-SHOCK x SUPER MARIO BROS DW-5600SMB-4ER is also in a category where you don’t have to think twice. This is especially true for fans who found their way to the watch not via Casio, but Nintendo. You buy it because you spontaneously like it. A 2000 euro timepiece with outstanding refinements would have been a much worse basis than the DW-5600.

Conclusion: Casio and Nintendo have done their homework. Official sales will start in Germany on November 8. This model is a so-called one-shot. Once the produced quantity has been sold, no more replenishments will be made. From experience, the watch will be sold out very quickly. The recommended retail price is 149,- Euro. Below you will find the most important links. 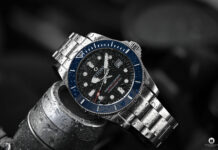 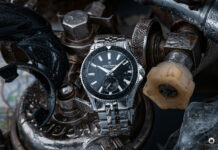 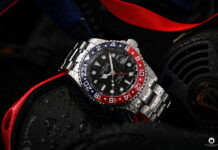 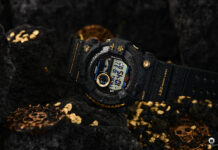 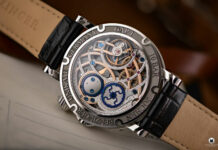