The OMEGA Speedmaster Moonwatch Professional Chronograph is one of the most legendary watches in history. The chronograph was present at all six moon landings. It was therefore long overdue to test this classic watch. Horando.de provided me with the Speedmaster Moonwatch in its current new edition and with chronometer certification….

For my watch reviews, I have been able to rely on my partner Horando for quite some time. The online portal is the place to go in German-speaking countries if you want to buy luxury watches quickly and safely. At Horando you can find watches from Audemars Piguet, IWC, Hublot, Breitling, Rolex, Panerai, Tag Heuer, Tudor and of course OMEGA. Horando is also an official concessionaire and authorized dealer of the brands Alpina, Frederique Constant Geneve and U-BOAT Italo Fontana.

All watches are originals. Manufacturer’s warranties, certificates and original packaging are therefore always included, if available. Internationally, the delivery is made by insured value shipping. If you appreciate the personal contact, you can also take your watch from the pick-up lounge in Bamberg. If you want to sell your watch, Horando will buy it and certify it.

All important links to the OMEGA Speedmaster Moonwatch Professional Chronograph can be found at the end of this article. Of course, I have also linked you to the Horando online store.

A watch steeped in history

Often it is its history that makes a watch a legend. One of the greatest ever can be told by the OMEGA Speedmaster Professional, the first watch on the moon. On July 20, 1969, Neil Armstrong and Buzz Aldrin set foot on the moon as part of the Apollo 11 space mission and became icons – as did the watch on their wrists, since then known as the ‘Moonwatch’.

But the story of OMEGA’s most famous watch begins some time earlier. Already on the market since 1957, it was not necessarily the declared goal of the traditional Swiss brand to bring the watch, designed as a sports chronograph, to the surface of the Earth’s satellite. Since the early 1960s, NASA had been testing models from various manufacturers for their suitability for space travel and had subjected them to several extensive tests. The OMEGA Speedmaster Professional emerged victorious from these tests in 1965. The watch was the only one to successfully pass all the tests and was awarded the title “flight-qualified by NASA for all manned space missions”. Resistance to weightlessness, shocks, temperature changes and magnetic fields were already characteristics for which the Speedmaster is still known today.

After the moon landing

The product of pioneering spirit was allowed to accompany all six Apollo missions and thus achieved its high profile. From today’s perspective, the moon landing could be described as a marketing coup. A true commercial success for OMEGA. In the meantime, the Moonwatch has become one of the best-known and most popular watches of all. This is also due to the typical design of the luxury timepiece, which has been virtually unchanged since the 1960s. Today, the Speedmaster Moonwatch belongs in every watch collection anyway.

In 2021, OMEGA has relaunched the collection. The most fundamental change is the chronometer certification, due to which the OMEGA Speedmaster Moonwatch Professional may now bear the name suffix “Co-Axial”. Nevertheless, this is still a manually wound watch. Several model variants with different bracelets and case materials cover all wishes and price expectations.

My test watch today is the Moonwatch with reference number 310.30.42.50.01.001. This model is perfect for those who want to enter the luxury segment. Find out why in this watch review!

The OMEGA Speedmaster Moonwatch Professional Chronograph on the wrist

As a blogger, you usually receive the test watches without the usual presentation box. Because of that I will say little about this aspect in particular. This much in advance: the large packaging with the characteristic seahorse medallion offers a rich set of accessories that goes far beyond the standard of the watch industry. For example, there are tools to shorten the steel bracelet yourself. The original box is of course included with your purchase from Horando.

But now to the watch itself – Wow! I’ve seen the OMEGA Speedmaster Moonwatch Professional Chronograph a few times, but never actually held it in my hands. There’s a reason why OMEGA has hardly touched the design of the watch over the years – because it’s just perfect! Harmoniously coordinated components and colors combine on the wrist to create the perfect chronograph. Varied, tidy, easy to read and with a high recognition value.

With a Speedmaster Moonwatch on the wrist, its wearer demonstrates a sense of style and, in the best case, a knowledge of history. The cool stainless steel bracelet, the functional and contrasting dial and the dynamic lines of the case balance the OMEGA Speedmaster Moonwatch Professional Chronograph between sportiness and classic functionality. Last but not least is the prestige that the Moonwatch exudes.

With a case diameter of 42 millimeters, the model fits wrists of various sizes.

Choosing the right watch crystal – it’s all a matter of taste, isn’t it?

The case of the OMEGA Speedmaster Moonwatch Professional Chronograph is made of high-quality stainless steel. In combination with the stainless steel links of the bracelet, it creates a successful overall appearance. Its clearly cut surfaces are mostly brushed, but some are also highly polished, which gives the watch a dynamic look. All in all, the case finish is more than impressive! The workmanship is at the highest level. It is therefore worthwhile to examine all facets of the case components once with the enclosed magnifying glass.

Hesalite or sapphire crystal? This is certainly one of the crucial questions when considering an OMEGA Speedmaster Moonwatch Professional. In the OMEGA universe, the designation hesalite stands for plexiglass. This is actually more commonly used in less expensive models. It offers several advantages over sapphire crystal. For example, it does not shatter under extreme pressure, but only breaks. This was a key reason why NASA insisted on a Speedmaster Professional with Hesalite crystal for its Apollo missions.

For the nostalgics among Speedmaster fans, this clearly answers the question. A real Moonwatch has a hesalite crystal! So does the reference number 310.30.42.50.01.001, my test model. This also means, that the sixfold screwed caseback has no viewing window, but was refined with a seahorse medallion embossing in the center. If you prefer sapphire crystal, you get a watch with a watch crystal on both sides and a view of the movement.

OMEGA claims a water resistance of 5 bar, which gives the Speedmaster a “splash resistant” rating. Well, no one should have assumed oceans on the moon, even in 1969.

OMEGA equips its Speedmaster Moonwatch Professional Chronograph with its own manufacture caliber 3861. This is not a conventional automatic movement, but a classic hand-wound movement that powered the very first Moonwatches.

In the latest generation, the Speedmaster Moonwatch Professional now also receives OMEGA’s own METAS certification and may now officially be called a “Master Chronometer”. Like the OMEGA Seamaster Professional Diver 300M, it is equipped with the typical Co-Axial escapement and thus offers insensitivity to magnetic fields up to a value of 15,000 gauss. Calibers with a METAS certification also have a COSC chronometer certificate.

Equipped with a silicon balance spring and a rhodium-plated finish, the Co-Axial Master Chronometer 3861 has a power reserve of 50 hours. A respectable key figure! In addition to minute, second and hour, the movement drives the usual chronograph functions. Small seconds, a 30-minute counter and a 12-hour counter.

Dial and bracelet of the OMEGA Speedmaster Moonwatch Professional Chronograph

If the dial of the Speedmaster Moonwatch Professional Chronograph appears to be simple and functional at first glance, it is only on closer inspection that one realizes the delicate coordination of the individual elements and their attention to detail. The art lies in omitting all superfluous components and concentrating on the essentials.

The black dial has fine gradations in the area of the subdials, which lend depth. These white, slim hands and the bright indices form a strong contrast. Unpretentiousness, tidiness and minimalism characterize the image.

A tachymeter for reading speeds is printed on the black bezel made of anodized aluminum.

The OMEGA Speedmaster Moonwatch Professional Chronograph is rounded off by a stylish stainless steel bracelet with brushed links. Its workmanship is in no way inferior to that of the case.

My conclusion on the OMEGA Speedmaster Moonwatch Professional Chronograph

An exciting history, an enduring design with recognition value, incomparable performance and the best workmanship. These are the ingredients from which an icon is made. There is no denying that the OMEGA Speedmaster Moonwatch Professional Chronograph is such an icon. In the entry-level luxury segment, the collection contains, in my opinion, the best timepieces you can buy anywhere. This is especially true if you want to buy a wristwatch that holds its value. Since OMEGA hardly changes anything externally, the previous generations are still very much in demand. Conclusion: an investment in this specimen will be worthwhile in the medium term!

In the Horando store, you can purchase this new watch with the reference 310.30.42.50.01.001 for 6,100 euros. Enclosed you get the original box, all papers and the international manufacturer warranty of 5 years.

My final thanks go as always to Horando for their cooperation!

More about the OMEGA Speedmaster Moonwatch Professional Chronograph and Horando

Click here to buy the watch in the store

Even more OMEGA models at Horando 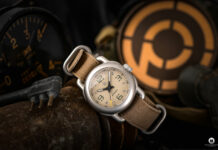 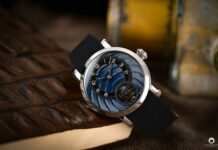 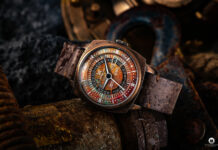 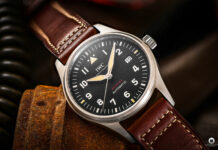 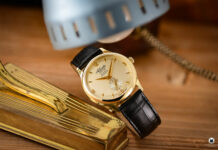