Kickstarter watch projects – this is how it works!

In recent years, more and more microbrands and other smaller watch manufacturers have been founded. For about four to five years now, one can observe how the start-ups are springing up like mushrooms. An end to this trend is not in sight. But what has triggered this trend? More about Kickstarter watch projects here.

How Kickstarter has revolutionized the market

Kickstarter is a US-American platform. The still quite young start-up company from New York relies on a quite new type of financing, which opens up completely new possibilities for start-ups. The keyword is crowdfunding.

Crowdfunding is explained quite quickly. Founders, visionaries and start-ups present their ideas to a broad public on Kickstarter. Whoever is convinced by the idea can co-invest. As a rule, it’s all about specific financing goals that are to be achieved within a certain period of time. Once the goal is reached, the product can go into series production. People who pay a predetermined minimum amount are called “backers”. As a baker, you usually get the product in return, sometimes other advantages. By the way, private projects are not allowed. So the principle is quite simple.

Kickstarter itself is financed by commissions. The company claims a commission of 5 % of the achieved sum. Whether the presented project is serious, the sponsors must decide themselves. Here Kickstarter gives no guarantee.

This requirement has changed fundamentally. Nobody has to learn the watchmaking craft these days. In our globalized world, the individual components such as case, movement or bracelet can be purchased internationally. On this basis, a concept like crowdfunding can work for a new watch brand. All the founder needs is a good idea. If the concept is convincing, the community makes the targeted sum available. In theory, anyone can found a watch brand today.

The concept of crowdfunding via Internet has another decisive advantage over traditional competitors. The market research is provided free of charge. No focus groups or financial risks are required for a new watch. Whether a future model, an unusual concept or a new brand will appeal to the target group is decided directly during the campaign.

Why Kickstarter is so successful

Like few other projects, Kickstarter seems to fit perfectly into our modern times. Instead of a large company setting the trends of tomorrow, it is now increasingly the customers who decide. On the other hand, more people now have the opportunity to present and implement their ideas to the public. The platform seems to drive innovation in the industry massively. But as often as new watch brands come onto the market, so suddenly do many disappear again. The popularity of Kickstarter is not the only guarantee of success.

But the fact that these “miracles” do exist is shown by the most successful Kickstarter project of all time. The fact that this is a watch shows how much crowdfunding seems to help the industry. The Pebble Watch was the first commercially successful Smartwatch ever. Launched in 2012, the campaign associated with the watch became the most successful ever. More than $10 million were collected and over 85,000 watches were pre-ordered. The media interest grew and also increased the popularity of Kickstarter and other Kickstarter watch projects. One can only assume that the first Smartwatch of an established manufacturer would have been released much later. Pebble Watch’s Kickstarter campaign has thus shaped and changed an entire niche in the watch industry as well as the technology sector. Since then, several 100,000 projects have been financed and realized.

Even though Kickstarter Watches has greatly simplified the implementation of projects, the launch of a campaign does not immediately mean a license to print money. There are hurdles on the way to your own successful watch brand. But if you follow these tips, you can significantly increase your chances of success:

Ultimately, the success of your Kickstarter watch projects depends on a mixture of these factors. Nevertheless, even a little bit of luck to be in the right place at the right time is essential.

Success thanks to Crowdfunding

There are some examples of successful Kickstarter watch projects. I was allowed to test some of them. The surprising thing is that in terms of craftsmanship, the debut movements of the newcomers are often hardly distinguishable from the established brands. Design and quality are mature down to the last detail. I would therefore like to share three exciting Kickstarter watch projects from the last few months with you:

It took just 16 months from the initial idea in January 2019 to the end of the Kickstarter campaign and the start of production. During this time, founder Ilan Srulovicz developed a breathtaking watch that stands out from the rest. The Bermuda series has a fully decorated case.

The Norwegian diving watch convinced the Kickstarter community with its classic vintage look. The workmanship is on a very high level. In addition, there is a fair amount of configuration options that hit the nerve of the time.

The Octon Watch is a watch for nature. This model is the successor to the best-selling watch of the same name from 2019, and once again the company is taking the promising path of financing its model through crowdfunding.

The watch itself has an unbeatable price-performance ratio. For less than 300 dollars you can get high-quality materials, an automatic movement and illuminated indices. Just everything that you need in nature …Octon Watches 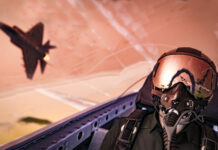 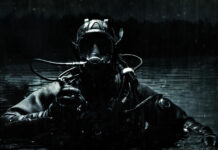 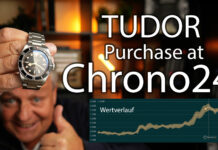 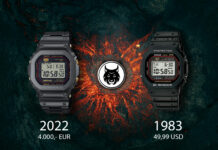 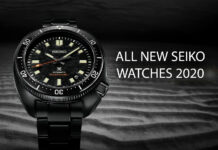 BMW Motorrad – What kind of model is this?